There are instances when you load your device with various different applications rendering the internal and external memory relatively full. That slows down the functionality of your cellphone. Another drawback of these instances is that the battery is eaten rather quickly. Where iPhone users do not experience (or none that we know of) any such symptoms, android users complain of this quite often. There is an application that you can use to get rid of slow functioning after heavy application loading and it’s called Greenify. 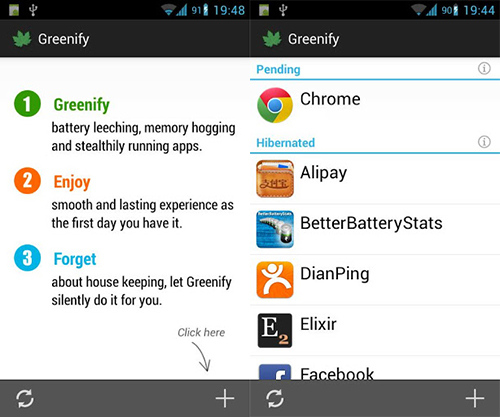 Following is how the application functions in the background:

The application is available for free at the Google Play Store and is compatible with devices running Android 3.1 and higher. Download it, play with it and let us know how it functions and what you think.