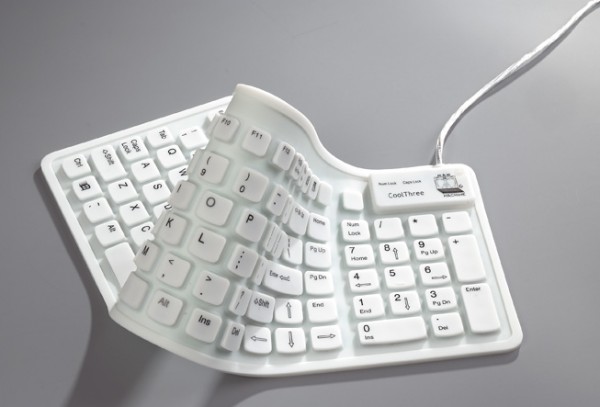 Cherry Electrical Products has introduced its J84-2800 Series washable keyboard for the healthcare/medical market. The keyboard helps control the spread of infections in medical facilities, an issue critical to the healthcare industry. A keyboard can always be a source of infection and dirt. Cherry’s J84-2800 Series keyboard features a fully-sealed rubber casing rated to NEMA 4. This makes it suitable for rinsing and total immersion in cleaning fluids, allowing healthcare providers and other users to wash the keyboard with hospital-grade disinfectants and commercial anti-bacterial wipes. It is suitable for areas with strict hygiene demands, such as operating rooms, medical carts, ward stations, intensive care units, and dialysis centers, as well as other locations susceptible to cross-contamination. Moreover what’s cool about this keyboard is that it is like the awesome roll over keyboard that you can roll up and put it in your pocket.

Sure we’ve seen illuminated keyboards before, but then we saw the Luxeed Dynamic Pixel LED Keyboard and stopped looking. With 430 LEDs it is capable of individually lighting each key in your choice of color. It can do some amazing tricks like an animated rainbow across all the keys, or make each key light when you press it. You get four “preset” buttons above the arrow keys you can use to instantly choose between different customizable lit skin presets. Set-up a glowing skin for your favorite game with different colors to indicate each key action… or create illuminated patterns and designs. 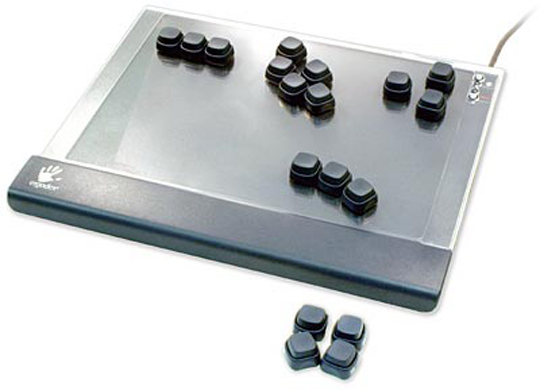 Most of us have wondered as kiddies that the keyboard should be in ABCD layout.. Well, now, there is a solution for those who are sick of QWERTY keyboard layout. There is a customizable computer keyboard for you which is called DX1 keyboard. Everyone has his own hand size and shape and a distinct pattern of dodging monsters in a game, thus to no surprise this awesome keyboard was invented by a game enthusiast.

“These keys are like blank tapes,” said Pankaj Garg, a software architect at Mountain View, Calif.-based Ergodex, which developed the product. “You can make them whatever you want them to be.” 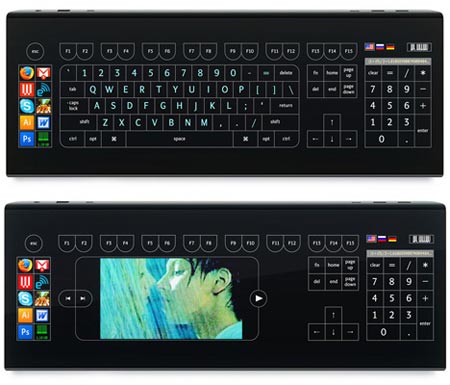 This is not your ordinary keyboard. The difference between optimus tactus and others is: no physical keys. It has a programmable keyboard surface which is much similar to customizable keyboard, the entire keyboard becomes a touchscreen. No more size, color or layout constraints, just a clean keyboard slate. And the good news is that it can be switched from typing mode to video mode. 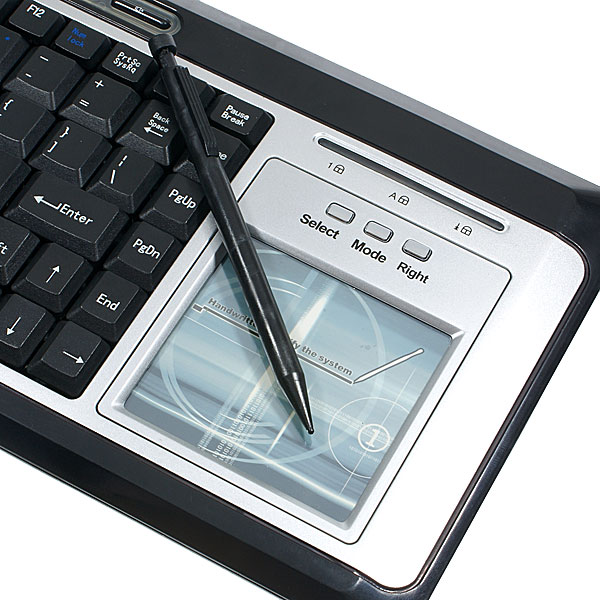 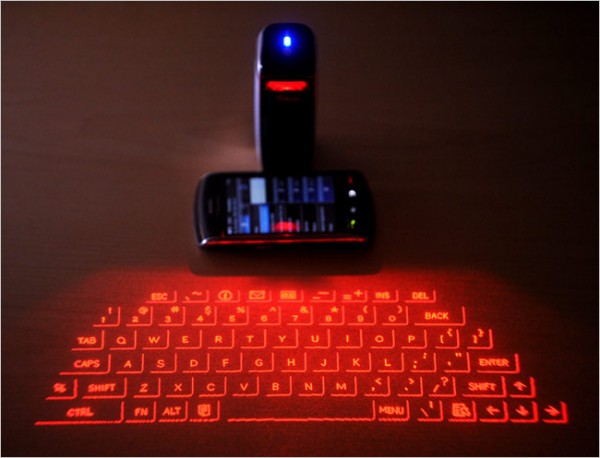 The Virtual Laser Keyboard (VKB) leverages the power of laser and infrared technology and projects a full-size keyboard onto any flat surface. As you type on the laser projection, detection technology based on optical recognition enables the user to tap the images of the keys, complete with realistic tapping sounds, which feed into the compatible Bluetooth-enabled PDA, Smartphone, laptop or PC. 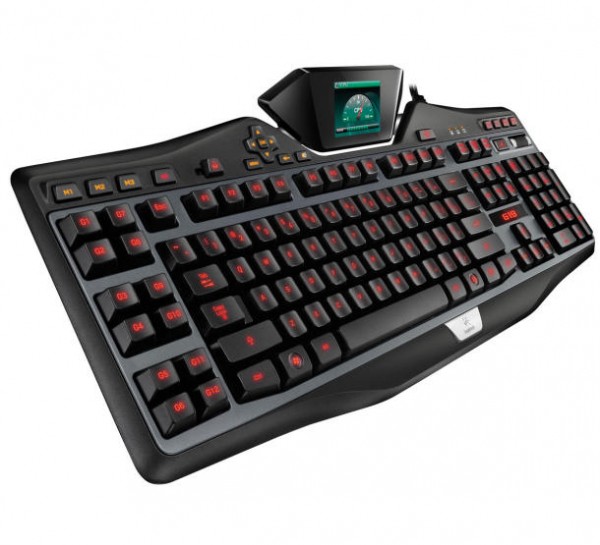 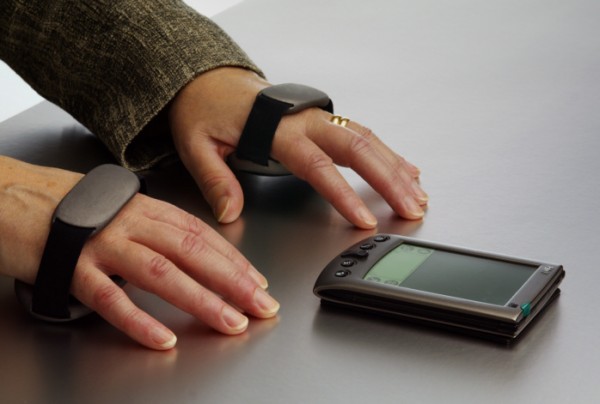 Senseboard is based on tools that will translate your finger movements. The idea is now working well and can be used. This is one step ahead than the laser projection keyboard. A prototype was created in 2001 and now it is a reality! The Virtual Keyboard is used with the QWERTY touch typing scheme

This keyboard, called the Optimus Maximus, is the dream of any heavy computer user. The Optimus Maximus keyboard contains a small organic light-emitting diode (OLED) display behind each key so that each keys appearance and mapping can be changed at will. Optimus’s customizable layout allows convenient use of any language—Cyrillic, Ancient Greek, Georgian, Arabic, Quenya, hiragana, etc.—as well as of any other character set: notes, numerals, special symbols, HTML codes, math functions and so on to infinity which means this allows you to ultra customise your setup to your taste like changing QWERTY keys to someother layout like the Optimus Tactus but the difference lies in the uber awesome OLED magic. It looks stunning and the minute you see it, you realize that you are looking at a device that has some actual richness of personality and could provide a richer experience.

The Xynergi keyboard is part of a desktop media production center package. These $28,000 keyboards from Fairlight aren’t made for you, they’re designed for media professionals who need different keys for different tasks. It’s the world’s first “Self Labeling Illuminated Computer Keyswitch Technology,” beating the full-sized Optimus keyboard. Fairlight designed Xynergi to meet the needs of small, professional media editing studios. With Xynergi, engineers can capture audio, manipulate individual tracks, add effects, mix multiple tracks together and edit video files. While the device’s complexity and price tag mean the average consumer isn’t going to buy it, Xynergi might be a good choice for someone with a small recording studio or media companies that need an interface that will let them edit audio and video quickly.